kale salad with nuts and apples

Especially in the United States kale is quite common and popular due to its high vitamin content. In Austria it’s hard to find.  Nevertheless, we have been looking for it and found some sources in Austria for you.

The so-called "Kale Salad" is supposed to capture the scene restaurants Hollywood in recent years. Stars whose name I cannot remember, are almost addicted to this stuff. And in many raw food cookbooks this dark green leafy vegetable comes up again and again. The reason for the special status of this cabbage vegetable: kale is rich in vitamin C, chlorophyll and contains a lot of folic acid and fiber. The only problem is: Where do you find this miracle vegetable? In Austrian supermarket you won’t find a single leaf of it. And the confusion among domestic varieties of cabbage does not make things easier. What is named as "kale", turns out as "Savoy" on closer inspection. But savoy is completely different from the American kale, which has a lot more dark green leaves.
Since there are some raw food kale recipes that interested me, I tried hard to find this "Kale".  In Internet forums I found references to the Viennese “Kutschkermarkt” where a woman named Marion should sell kale on Saturday mornings. So we got up early on Saturday and drove to Kutschkermarkt. At first I found another version of cabbage, which has very long and dark green leaves on stems – I was pleased about this discovery, but I soon found out, that this was’nt the kale, that I was searching for, because the leaves were too dark and too thin. Almost at the end of the market I finally found Marion Aigner, who really sold kale (www.lebendigeracker.at) - I just got the last leaves of it and was happy. A few meters away they sold even more kale, grown at the Gärtnerhof. You can even order online there (http://www.gin.at/gaertnerhof/gemuese.php).

My favorite "Kale" -recipe comes from Matthew Kenney from the US. And here it is: 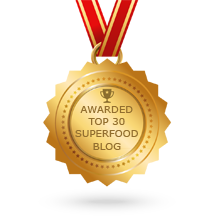